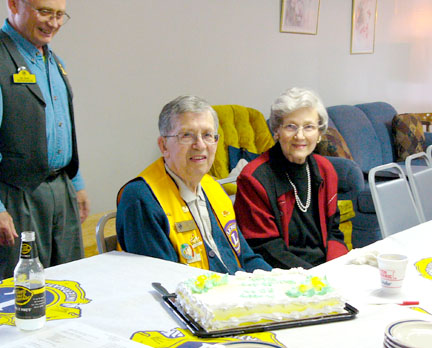 Lion Phil Shuster celebrates his 85th birthday with his wife Pearl and fellow Lions at our May, 2006 meeting. 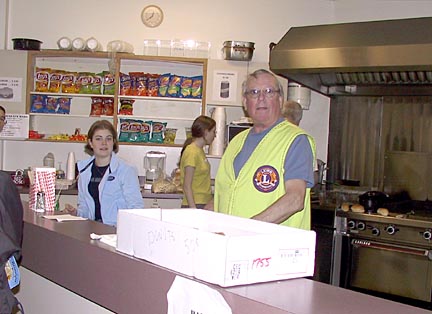 Lion Jack Arran keeps a watchful eye on the canteen at the inaugural 2002 Lions Home and Leisure Show, Beausejour. 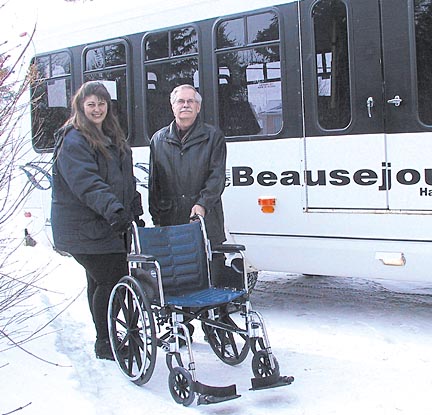 The Beausejour Lions donated all the proceeds of the 2002 Home and Leisure Show to several worthwhile community groups and projects. Lion Waldo Klassen is seen here with Beausejour Handivan driver Lynn Lodge, and a wheelchair which was purchased with help from these proceeds. 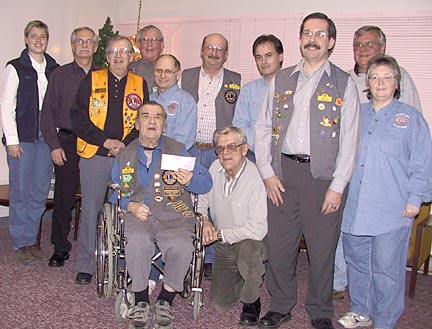 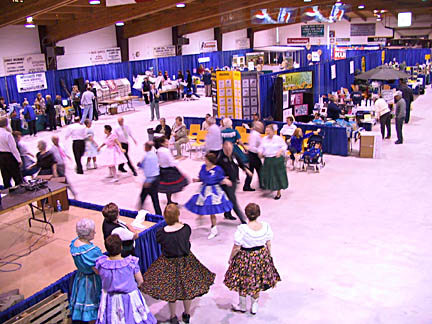 The 2003 Home and Leisure Show was another huge success for the Beausejour Club. Attendance was up, exhibits were up, and even enthusiasm was up. We could hardly wait until the next year’s event. 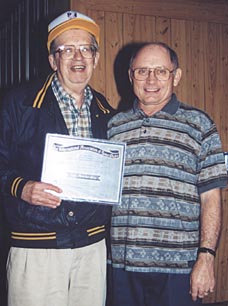 Lion Phil Shuster (left) receives his ‘Life Membership’ certificate from Lion Bun Baxter. When Lion Phil passed away in 2007 after 57 years of service to Lionism the members were left with heavy hearts.